Monoblock amplifiers are becoming more and more popular because they offer a wide range of benefits to the end user. This article will focus on how to wire a monoblock amplifier, which is necessary for proper use.

Monoblock amplifiers are the most popular type of amplifier because they are easy to install, can be used in a variety of applications, and have low power requirements.

We earn money from qualifying purchases made on our website as an Amazon Associate. If you buy anything via our website’s links, we may receive a small commission from Amazon or other affiliate programs. For additional information, please read our full affiliate disclosure/TOS.

What Exactly Is A Monoblock Amplifier?

A monoblock amplifier has just one channel and sends only one audio signal to a single speaker. They’re mostly utilized to power vehicle subwoofers or individual channels in high-end audio systems.

Monoblock amplifiers may produce single power signals and are suited to a subwoofer’s low-frequency design.

Mono amplifiers, on the other hand, are specifically intended for low-frequency sound reproduction, such as the deep bass generated by the subwoofer.

What Is A Monoblock Power Amp And How Does It Work?

Mono amplifiers lack left-right separation and therefore are unable to generate stereo signals since they are not full-range amplifiers. The amplifiers are excellent for driving low-frequency audio signals to your subwoofers.

Subwoofers, for example, are designed to produce low-frequency sound. In reality, the power amplifiers can take a line-level signal from the CPU and add power to it so that it can drive the speakers comfortably.

Subwoofer and a Monoblock Amplifier

How To Connect One Subwoofer To A Monoblock Amplifier

Connecting 2 Subwoofers to a Monoblock Amplifier

How to Cnnect Two Subwoofers to a Monoblock Amplifier

What Is The Best Way To Wire A Monoblock Amp To 1 Ohm?

Wiring may be perplexing at times, particularly if you’ve never done it before. We’ll break the procedure down into simple, easy-to-understand stages.

However, before you connect your amp to 1 ohm, double-check that it can handle a 1-ohm load.

Determine the number of subwoofers connected to the monoblock, the needs, and the amp’s power output before you begin wiring. In addition, you have the option of wiring in series or parallel.

1. Connecting a single 2 ohm DVC subwoofer to a 1 ohm load

This is one of the simplest ways to connect your amplifier to a 1-ohm load. Your monoblock amp will have one positive and negative terminal if it is stable at 1 ohm, whereas the subwoofer will have two +ve and two –ve terminals.

Follow the instructions below to connect your monoblock amplifier to two 4 ohm subwoofers:

Step 5: Connect your amplifier’s -ve terminal to the first -ve connector on the second subwoofer.

How Do You Wire An 8 Ohm Monoblock Amp?

We’ll teach you how to connect two 8-ohm speakers to a monoblock amp in this section. Let’s have a look at the parallel and series connections.

Follow the instructions below to connect two 8-ohm speakers in series to your mono amp:

The speaker impedances are added together when the speakers are connected in series. As a consequence, the overall impedance of the two 8 ohm speakers is 16 ohms. Before connecting 8-ohm speakers in series, make sure your monoblock amp can handle 16-ohm impedance.

Speakers in the Same Room

The speakers may also be connected in a parallel configuration. To finish the connection, follow the steps below.

If the speakers have comparable impedances and are connected in parallel, the resultant speaker impedance is half of each. Because we’re using 8-ohm speakers, for example, the combined impedance of the two speakers is 4 ohms.

If your mono amp has a 4 ohm impedance, connecting the two speakers in parallel is the best option because it matches the amplifier’s impedance.

Please keep the following in mind when deciding which connection to use:

What Is The Best Way To Set Up A Monoblock Amp?

Every music enthusiast, whether a musician, an aspiring musician, a DJ, or just a listener, can only appreciate and enjoy a particular level of sound.

As a result, properly setting up an amplifier is an important part of getting the most out of your musical gear.

An amplifier is just a more powerful version of a speaker. Amps, like speakers, have certain external control switches and knobs that must be changed from time to time to guarantee that the amp works correctly and that the sound quality is excellent.

A monoblock amplifier resembles a tiny block and is often seen in automobiles. These mono amps are used by drivers to drive their subs and keep the lengthy trips interesting. However, the major issue is how to tune them up. Here’s how to fine-tune your monoblock amplifier.

Follow the instructions below to set up your monoblock amp for the greatest sound quality in your vehicle now.

Step 1: Make sure the head unit is set to flat.

First, make sure your amp’s head unit settings are all flat. All bass enhancements and other sound effects should be included. Keep them to a bare minimum.

Step 2: Increase the volume of the head unit.

Turn the head unit’s volume up as high as it will go without causing any distortion.

Reduce all gains and bass enhancements to the absolute minimum.

Increase the low pass to its highest setting.

Increase the gains on a CD with a 50 Hz 6Db tone until you detect a difference in the output.

Now set your subsonic filter to the same level as your subwoofer.

Step 8: Make any necessary adjustments to the phase

When doing this setup, remember to maintain the volume at a moderate level. It’s important that the loudness isn’t too high or too low. Also, if the amp shuts down due to overheating and you need to re-set it up, wait for it to cool down before tuning it.

How Many Speakers Can A Mono Amp Support?

More than two speakers may be connected to the monoblock in series and parallel. To prevent damaging your monoblock, you should calculate the overall impedance of the speakers and make sure it matches that of the amp.

Is it true that stereo is louder than mono?

Stereo is often not louder than mono. Stereo, on the other hand, may seem louder since it transmits two separate channels to the speakers, simulating space and breadth. When comparing the two on the same speakers with the same volume settings, both stereo and mono should have the identical dB levels.

Monoblock amplifiers are typically wired with two speaker terminals. The two terminals will be connected to the positive and negative speaker wires.

How do you wire a monoblock amp?

The most common way to wire a monoblock amp is to use the positive and negative terminals of the power supply.

Why do monoblock amps have 4 terminals?

This is a common misconception. Monoblock amps have 4 terminals because they are designed to be connected in parallel, not series.

Why do mono amps have 2 inputs?

The reason for this is that the two inputs are for a stereo amplifier. Mono amplifiers have only one input, which is then split up into left and right channels.

How To Fix And Prevent League Of Legends Screen Tearing 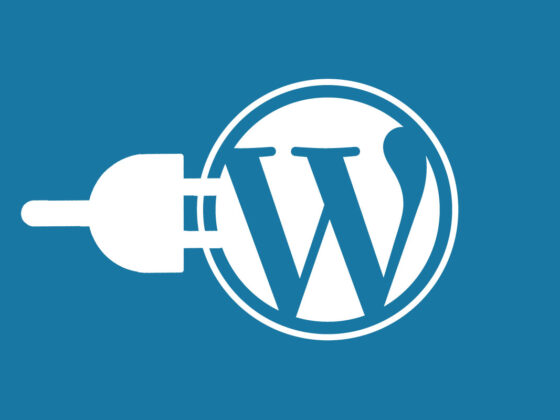 How To Install a WordPress Plugin – Guide For Beginners